Home » The City and its University » History 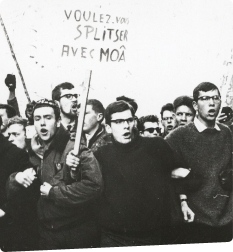 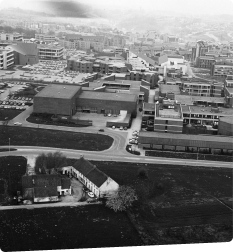 From Ottignies to Ottignies-Louvain-la-Neuve

Ottignies, a small rural city, seems to have existed since the Carolingian era.  A colonist soldier named Otton obtained a vast domain overlapping extending beyond the Dyle in return for his services. Named Othenies in 1190, the area became known as Ottignies 7 years later.

This estate was then divided into properties and strongholds of various sizes (Ottingnies, Limelette, the hamlet of Pinchart, Céroux-Mousty). Abolished in 1795, the old properties became communes and it was at this time that the communes of Céroux-Mousty, Ottignies and Limelette were founded.

Small provincial city, Ottignies expanded rapidly thanks to the construction of the railroad.  The economic development that ensued dramatically changed the social landscape of the city, bringing workers, railroaders and commuters who moved into the new residential districts.

Once upon a time, a Belgian story…

In the mid-sixties, the Catholic University of Louvain, located in Leuven since 1425, saw its student population divide between Flemish speakers and Francophones.  The Francophones were expelled from the University to shouts of “Walen Buiten” (“Walloons out!”) by their Flemish compatriots.  This community quarrel, in addition to the large increase in the student population, forced the Francophone faculties of UCL to move to the Walloon Region.  But where ?

Encouraged by the government, UCL wrote to the towns of Wavre: Yves Du Monceau, Mayor of Ottignies was the only one to react positively to this call.  Ottignies was hence chosen to accommodate the project on the Lauzelle plateau, a 920-hectare stretch of fields and woods.

The first stone of the new town was placed on February 2, 1971 by HM the King Baudouin. On October 20, 1972, the Catholic University of Louvain welcomed its first students on a site that was still under construction.

One 1st January, 1977 the new commune of Ottignies-Louvain-La-Neuve was created and included the old communes of Céroux-Mousty, Ottignies and Limelette. In 1980 it was granted the envious title of “Town”.

The number of residents has supplanted the number of students and the town has not stopped growing and spreading.

The city is no longer the same construction site it once was, but cranes still decorate the sky of Louvain-la-Neuve, giving birth to new urban and real estate projects.