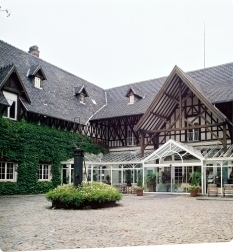 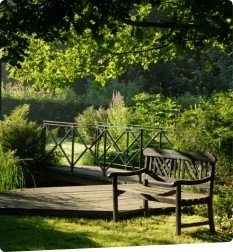 The Saint-Jean des Bois Territory includes none other than the current Castle of Limelette, which opened its doors in 1987.

The Crombez Baroness had an exotic, Anglo-Norman style castle built at the height of the Saint-Jean des Bois territory in 1887.

Following a fire in 1975, the castle was entirely destroyed and only the stables and outbuildings remained.  These were renovated and completed rebuilt to house, as of 1987, a hotel and balneotherapy center.

The Castle of Limelette is nestled in a 3-hectare park with a garden and now welcomes visitors for stays, spa treatments or specific events.