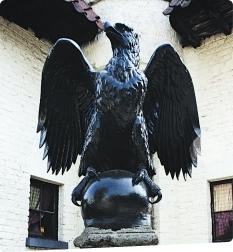 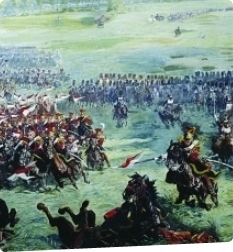 On June 18, 1815, Napoleon was vanquished by the allies and their commander, the Duke of Wellington, at Waterloo

Discover the vestiges of the battle of Waterloo !


The Lion's Hamlet and its 6 attractions

The Lion's Mound is the commemorative monument of the battle that was erected in the place where the Prince of Orange was wounded.  It offers, from the height of its 226 steps, a panorama of the entire battlefield.

The film shows a selection of extracts from the film “Waterloo”.  Go back in time and dive into the heart of the battle.

The Panorama is an immense fresco with a soundtrack of the battle.

The Wax Museum depicts Napoleon and his Staff.

The "Battlefield Tour" offers a commented discovery of the main locations of the battlefield.

This old relay post located in the center of Waterloo housed the Duke of Wellington on June 17 and 18, 1815. Converted into a Museum, one can visit the Duke’s room, his office and various other rooms containing documents, engravings, weapons collections and authentic souvenirs of the different allied nations.

It is in this old stone farm that Napoleon and his staff spent the night of June 17, 1815.
Souvenirs and collections related to the Empire are exhibited here.


Guided tours for groups or individuals by qualified guides www.guides1815.org