Home » Visits and museums » Monuments and sites » Castle of Ottignies 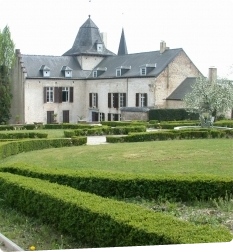 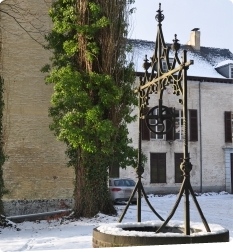 In the 16th century, the site of the castle was mentioned as a hunting pavilion perched on a rocky peak over the river.

A castle already existed in this location in 1180 and the castle of Ottignies itself was cited as of 1312 on the headland dominating the Dyle Valley, in the center of the village.

The castle burned down in the 17th century and was rebuilt in 1626, as is attested on the date carved in the face of the tower.  On the Harrewijn engraving dated from 1689, the castle is built around an interior closed court and is flanked by a farm in which a beautiful arched carter, hidden under the foliage, still remains intact today.

The domain is preceded by a beautiful esplanade of centenary trees and includes a park and beautiful “French” gardens, bordered by an orangery.  The Castle was listed in 1952 and currently belongs to the Van der Dussen de Kestergat family.