Home » The City and its University » Entities » Ottignies 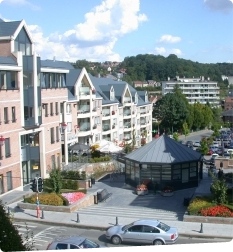 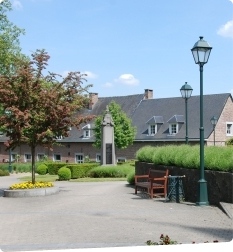 Close to Wavre, Ottignies has several hamlets : Blanc-Ry, Stimont, Croix, Petit-Ry, Pinchart and Franquenies. The village of Ottignies once covered 1382 hectares and was essentially rural.

A small, provincial town that today has been completely modernized, this is where the first urban center made its mark alongside the first Belgian train station in terms of activity.  Close to the station is the Town Hall, the cultural center, the municipal administration, and the Douaire Mall.  The squares are regularly alive with markets and different cultural events throughout the year.

The city seems to have existed since the Carolingian era when Otton, a Frankish colonist soldier, obtained, in return for his services, a vast domain extending past the Dyle.  In 1190, the territory was called Othenies, then Ottignies seven years later.  In 1213, the parish was established and was dedicated to St. Remi.  A survey from 1260 mentions: a castle, a market (already called the old market), a mill, a pub and a tavern.

Another version of the location’s etymology more prosaically evokes the Germanic word “otter”. Tarlier and Wauters, in the 19th century, agree in this sense and during the first world war, municipal authorities used a coats of arms bearing a blue otter on a silver background.  Located in the Walloon region of Belgium, the site is still sometimes called Ok(g)ni (dialect contraction from the 16th century) by the older Ottintois.